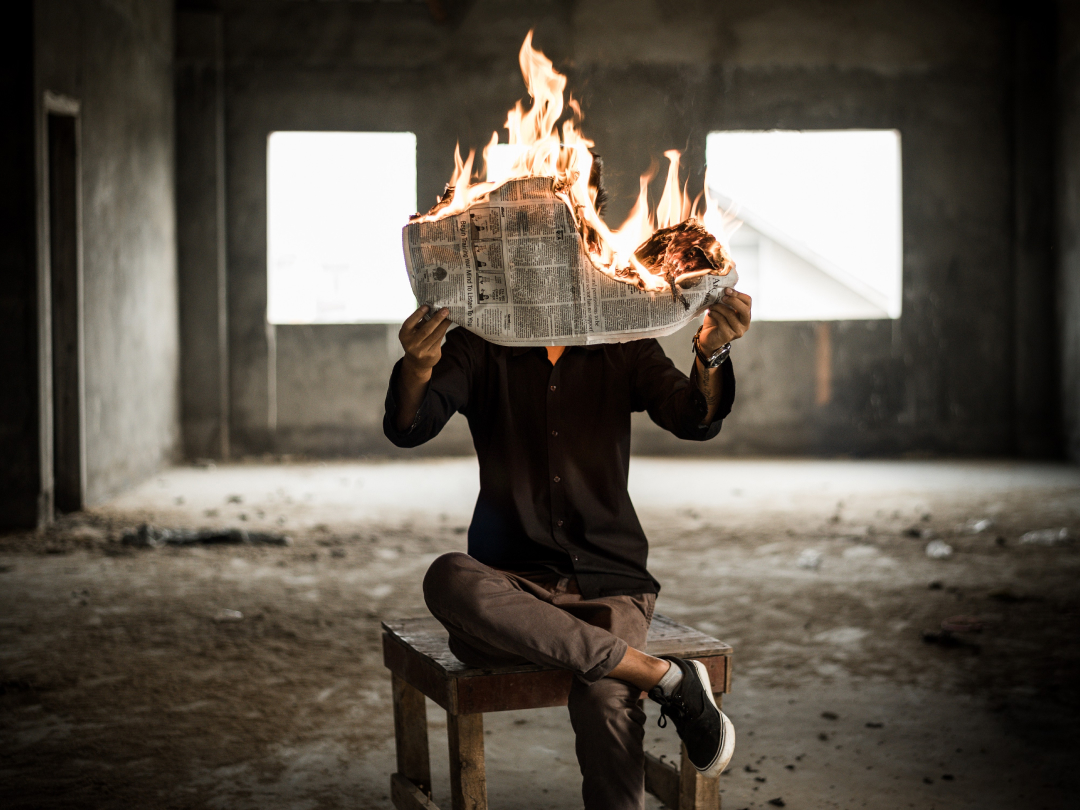 The idea of documenting pure fact is fallacy, because we are all limited by the same basic psychological constraints.

There are a lot of obvious reasons why we shouldn’t trust the news. Journalists can lie. They can be bad at gathering information. They can ignore evidence and side with their own opinion, or the opinion of someone offering some sweet cash money.

But let’s forget about those reasons for a minute and pretend we live in a world of unicorns and rainbows, where everyone tells the truth. Even if this were the case, a skilled writer with honest intentions could still never produce a story that was 100% fact.

I don’t mean to undervalue the talented journalists out there who work hard in pursuit of objectivity. But the idea of documenting pure fact is fallacy, because we are all limited by the same basic psychological constraints.

These constraints are widely accepted in modern social science, but we don’t seem to apply them to everyday life or the information we consume. I think we should.

The first stage of perception is what we do with our five senses; see, hear, smell, taste, and touch.

Unfortunately, our senses are far from perfect. They are affected by such things as:

As an example, try to keep count of how many passes the white team completes in the following 1 minute video.

This video illustrates a shortcoming caused by the selection stage of the perception process. While there are many, many details in any given environment, our brains can only process a certain amount of information at any one point in time. To cope with this limitation, we subconsciously select what details are important to pay attention to, and filter out the rest.

Now consider the job of a reporter. They are tasked with writing an accurate account of events based on their own perception, and usually the perception of others that they speak to or read about.

We subconsciously select what details are important, and filter out the rest.

Generally, we trust in our own senses. It’s why the phrase “I saw it with my own eyes” means “I’m certain”. Because of this, if a reporter strongly believes they saw or heard something, it is likely to make the cut, regardless of whether they perceived accurately.

Similarly, if they interview a person who is absolutely convinced they saw something, they may trust them completely, even if there’s no other evidence.

In actuality, when using someone else as a source, the reporter is perceiving how another person perceived something — there’s a compounded effect. Then when the reader perceives their story, we add yet another layer.

A confusing complication to this issue is that just because two people perceived different things, it doesn’t mean either one is wrong. They could have simply selected different details to pay attention to, seen the same things from a different angle, or interpreted what those details mean differently.

This leads nicely into the next constraint. Interpretation is part of perception, and refers to the step in the process where we try to figure out the meaning of what we’re sensing. Our brains do this by comparing what we have witnessed with our knowledge of the world, and deciding what explanation makes the most sense.

The problem with this is twofold:

This next 30 second video demonstrates an exaggerated example of how this can go wrong.

This ad is a good example of when knowledge of the world is vital for interpretation. The joke works because the image of the driver giving his daughter and her friends money out the car window looks like roadside prostitution, however consider a more innocent audience that has never heard of the world’s oldest profession — they wouldn’t understand why it was funny.

Being limited by our knowledge of the world isn’t to say that we’re dumb. Everyone has different experiences that shape who they are and how they think. This causes us to recognise different details and consider them with different levels of significance. As an example based on the above video, a policeman who has teenage daughters might not jump to conclusions as quickly as a policeman with no kids, as they may have recently been in a similar situation.

The fact is, two people can see the exact same thing and draw completely different meaning from it. This is amplified by biases, which are formed by influences such as culture and personal experience, and are often subconscious. A common example is the difference in interpretation between two sports fans that support different teams. They can be watching the exact same game from the exact same angle, but often have very different opinions of who kicked what and whether the ref is indeed a blind piece of shit.

Two people can see the exact same thing and draw completely different meaning from it.

In the context of news, the journalist has to interpret what they have perceived, both first hand and from other sources. Often this involves weighing up contradictory reports and using their own judgement to determine what is most plausible. They then compose their story using a choice of words that is, in turn, interpreted by the reader. Once again, you can see there are multiple layers where inaccuracies can occur.

Human memory is a paradox — it’s incredibly powerful, but also a bit shit. We have the power to remember the definitions for thousands of words, recognise people many years after we meet them, and learn complex skills like writing a computer program. Unfortunately, with our biology it’s also possible to vividly remember something that didn’t happen.

This 1 minute video is less funny than the previous two, but the lady has a pretty solid Kiwi accent, so I think we can agree it’ll do the trick.

As Dr Kimberley Wade from the University of Warwick so eloquently explained, it’s quite easy to convince people of events they never experienced. Even our real memories can’t be trusted; according to a Northwestern University study, every time we recall a memory we alter some of the details. This means that a confident person is not necessarily a correct person. In fact they’re quite often a wrong person — just a loud one.

Memory is also easily influenced by the simple choice of words in a question. This was evident in an experiment conducted by psychologist Elizabeth Loftus, who asked participants to watch a video of a car accident and estimate the speed of the cars. For some participants, she asked them the speed of the cars when they ‘hit’ each other, and for others she used the word ‘smashed’. Those participants that were exposed to the word ‘smashed’ estimated 40.8mph, compared to 34mph for those that were asked about when they ‘hit’ each other.

A confident person is quite often a wrong person — just a loud one.

Many people believe that if you were to experience a major event, you’d remember it vividly. Unfortunately, this has been proven false as well. Perhaps the most telling evidence behind this is in the work of the Innocence Project, a group of organisations that work to exonerate the wrongly convicted. To date, they have exonerated 356 innocent people — 70% of which were incarcerated because of eyewitness misidentification.

Once again applying these shortcomings to our 3 layers of source, journalist and reader, you’re in for a bad time. If someone is confident that they’re remembering correctly, their account is plausible, and there’s no contradictory evidence, it cannot be caught by the journalist. They then use their memory of what they heard or read to compose their story, which is read and remembered by their audience.

So, we can’t trust anything or anyone? What do we do then? Give up hope, suspect everybody and lock ourselves in a titanium-walled bomb shelter with 100,000 tins of SPAM?

In order to get anything done, we need to be practical and make decisions based on our judgement of the information available.

Quality journalism is essential. We need it to stay informed of what is happening in the world, to give voices to those that need them, and to share videos of cats and monkeys that become unlikely friends.

But in journalism, as in everything in life, we need to embrace the idea that doubt is OK. Doubt is accurate. If you are 100% certain of something, it is very, very likely that you are wrong — maybe not about every detail, but at least a little bit.

Because right and wrong are not absolutes. Life is more complex than that.

When Memories Are Remembered, They Can Be Rewritten — https://www.nationalgeographic.com/science/phenomena/2013/05/20/when-memories-are-remembered-they-can-be-rewritten/